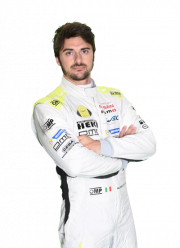 What role might the ByKOLLES team and its non-hybrid LMP1 prototype play at Le Mans?

Up against giants like Porsche and Toyota, what is the best the private Austrian team can hope for in the LMP1 class? An upset?

Marco Bonanomi (ENSO): "I think we'll be more consistent than the LMP2s during the race."

Marco Bonanomi's participation was announced only a few days before Test Day, but the Italian driver is quite familiar with the 24 Hours of Le Mans having done the race three times already, all with Audi in LMP1. On June 17th and 18th, he will join forces with Dominik Kraihamer and Oliver Webb in the #4 ENSO CLM P1/...